For most people, it seems that the favorite flavor of Batman is dark, a tone set in place by Miller, Burton, and Nolan, and continuing on with the movies and most of the comic series. While I love it when well done, more can be done with Batman, and Batman '66, a spiritual successor to the TV series, has filled that void for a while now. While this issue is not the strongest, it still manages to capture the feel of the series successfully. 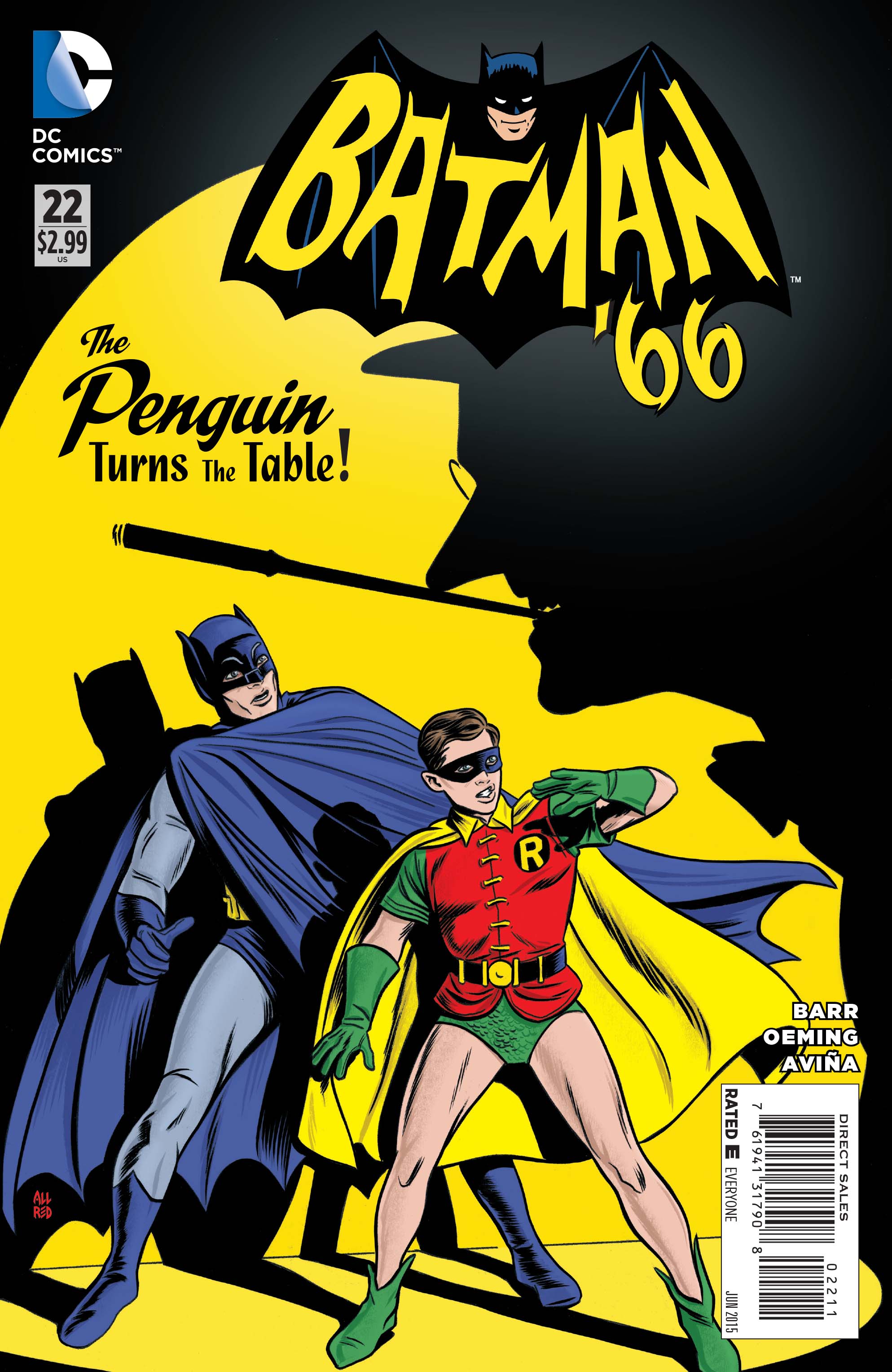 The story focuses on the Penguin, who decides to change his patterns to get ahead of Batman, rather than always being foiled. In theory, I like this idea, but it is a little too ambitious and ends up not really working. Specifically, it causes confusion by hiding The Penguin 's plan and Batman's counterplan, so instead of giving the story energy from seeing Batman fall behind and have to overcome it, it just leaves confusion as to what is going on until the end.
So far, this series has mostly been written by Jeff Parker, who has managed a great balance for this series, which is not easy given that it is very campy and over the top by design. This issue was written by Mike W. Barr and is his first in this series. I don't know him from other comics, and I don't want to just say that the problem is the new writer, but the few issues of the series not written by Parker have tended to be the weaker ones, and not due to having bad writers, but just being a very difficult series to get the balance right. Add to this the more ambitious than usual plot, and it just seems like a combination of too many things working against it all at once.
Despite those issues, it gets right the main thing I look for here and in any other comic adaptation: Can I hear the actors saying these lines? As I'm reading, I try to hear Adam West and Burt Ward, and it sounds right with their voices. Their voices fit their lines, and the tone of the issue works well, even with the missteps in plotting, and those are the most important elements for this series; they set out to create a book that is like the TV series, and that is exactly what I get.
This was not the strongest issue, and I laid out all my problems with it, but that is not enough to scare me off. Instead, it's just a minor misstep in what is overall a very good series.
Posted by Zac at 3:00 PM