The last issue of this series revealed that almost everything that had happened so far in the series was not just separate missions for the SHIELD team, but were all connected in a larger, overarching plotline. Because of how most comics are written, I was afraid that was leading to this series becoming more serialized. That's not necessarily a bad idea, but this series was described from the beginning as a mission of the month format. With this issue, it turns out I was concerned for no good reason; even though this is a continuation of the last issue, it still works as its own story, keeping the standalone style intact.

The place where we were misled about this series is the title. I get that people love Coulson, but the other characters are sidelined far too often in this series. The last issue was the first to have a whole team intact, with Coulson, May, Fitz, and Simmons all active in the story, but in this one, Fitz and Simmons are taken out of the action for plot reasons, and May is present, but barely a cameo. I do enjoy seeing Coulson wielding his superpower of being a living Marvel Handbook, but not when the rest of the team gets sidelined for it. 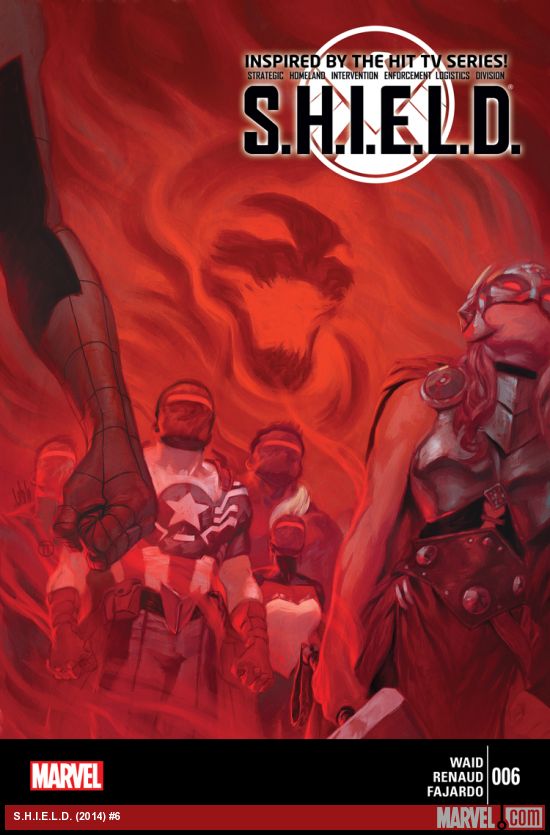 Despite my frustration, the way that Coulson handles this problem is quite amusing and clever; Dormammu has affected the most intelligent people around (which is why Fitz and Simmons are out of the picture), so Coulson has to use mind control and make offers to the stupid and just average heroes and villains they are able to recruit quickly. The series does this with its usual glee of "Look who we got to cameo this time!", which is made hilarious by the fact that most of these characters are B- and C-level heroes and villains.

All of that said, the highlight of this issue has to be Agent Warrick. With the magic that has been involved in this series, especially in the third issue, SHIELD needed someone to catalog everything, and Warrick is that agent. From how he's presented, he's just your standard paper-pushing SHIELD agent, but due to a typo when trying to transcribe a magic spell, he now has the head of an owl, which he handles just about as well as you would expect. Mixing all those characteristics together, you have this issue's surprise, strangely compelling character.

I liked this issue, which was a fun story like most of them have been, but my thoughts at the end are more about what's coming next. Specifically, the next issue brings in Daisy Johnson and Mr. Hyde, who are in the show, but have completely different roles in the comic universe. I won't say any more here, but seeing how they handle those differences has me really interested in where this is going next, almost overwhelming how much I liked this issue.
Posted by Zac at 4:00 PM