Last issue of this series, I felt very mixed about it, not really liking how they handled things in that issue. This issue is an improvement, not without its own problems, but much stronger overall. 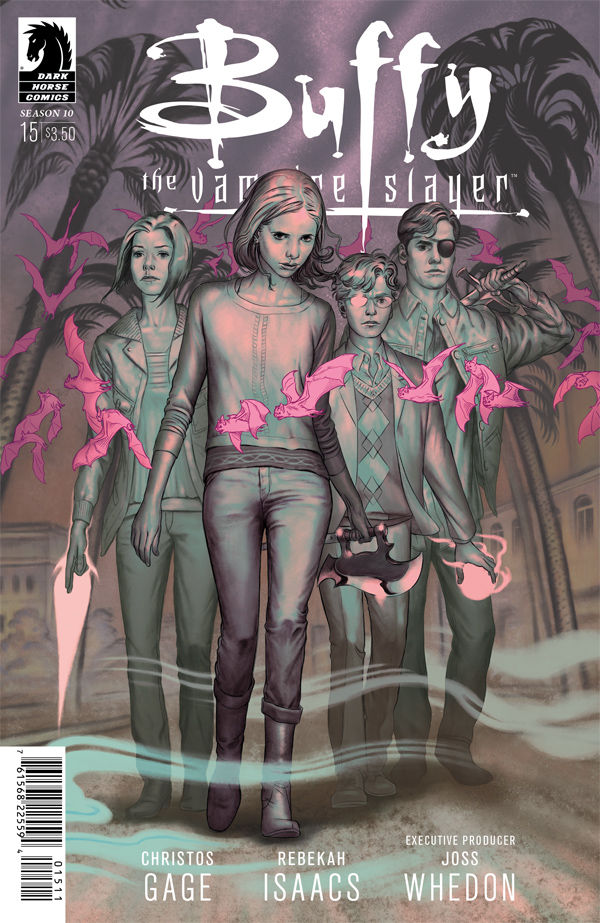 How the last issue set up Archeus confused me, feeling like they could not decide if he was extremely powerful or more mundane. This issue leans towards powerful, which his design and history would imply. All my issues were ultimately nitpicking; what really mattered was the conflict between Buffy and Spike, with Spike taken over by bloodlust due to Archeus. The resolution is a slight letdown, ending because of Spike winning a battle of wills, but it works as a culmination of Spike's character development, with his soul, and love of Buffy, allowing him to overcome the bloodlust. I know some will oppose this simply because it pairs Buffy and Spike, and many people hate that pairing, but this is building that relationship on a very different dynamic than was is in the TV series, so it should be worth a second look for those who did not like it before.

Mirroring the last issue of Angel and Faith, the conflict with Archeus is not fully resolved, and he is certain to be a threat in the future. Xander uses his superpower of carpentry/construction to figure out how to knock down the building that they are fighting in, so they can at least buy some time. It was a bit trivial for an ending, but given that it is not the absolute end of Archeus, I can forgive it.

As this series has always done, it ended focusing on character, with about a quarter of the book to go after the fight had finished. This time is given over to the characters dealing with a somewhat altered status quo, their interactions ranging from predictable and cheesy to not quite as predictable and more meaningful. In a great example of both at once, upon realizing they need outside help dealing with Archeus, they have to reach out to Angel. This brings up the old conflict between Angel and Spike as love interests for Buffy, with Spike convinced that she always chooses Angel when given the opportunity. The interaction here is a little played out, feeling a bit too similar to the finale of Season Seven, but seeing how Angel works with the group now will be interesting. The last time that many of these characters (minus Spike, Giles, and Willow) saw Angel, he had just killed Giles, so how things changing over that time have affected the characters' interactions is going to be very interesting to see.

Overall, I liked this issue, but admittedly most of my excitement came from setting up the future. It's not the best this season has had, but that doesn't mean it's not good, and I'm happy with that for right now.