From the beginning, Buffy has always worked as well as the characters. If the plots got stupid (which would happen), it would still be fine if the characters felt right. If the characters were wrong, even a good plot would start to collapse in on itself. While this applies to almost all fiction, it has always felt especially true of Buffy. I say all of this because, when I say that the creative team on this book "gets it", that is exactly what I mean.

There is a plot to this issue, even though it's not the thing you're going to remember after reading it. For what it is, the plot is paced well, as the Scoobies are preparing for how to take the fight to Archeus, now that they have Angel on their side. Unlike the last arc, they aren't forced into battle early on to fit the space they had for the story, and what fighting they do feels appropriate for being at this point in the story. 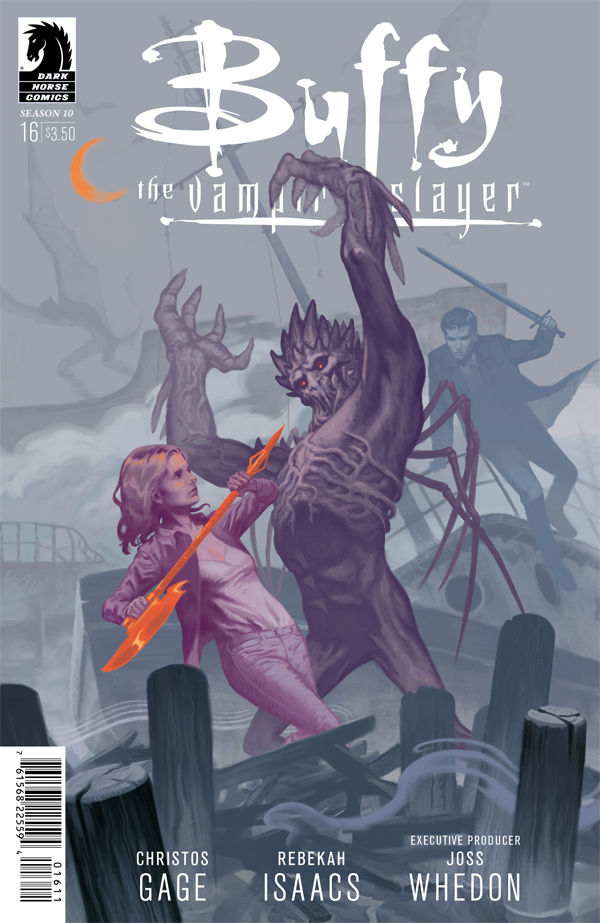 That barely matters, especially given what I said at the beginning. This issue is the first time that Angel has been back with the group in a long time, and that is where this book really shines. While all of the characters are present and have a part to play, by far the show is stolen by Buffy, Spike, and Angel, and their group dynamic. In the unfortunately few times they were together in the show, they all had a great dynamic together, and that is still present in full force, while being adjusted for how their circumstances have changed. After how Buffy and Spike's relationship has evolved, there was a gold mine for character moments and humor once Angel came back, and this lives up to that promise. Honestly, the last time something in the Buffyverse was this much fun was last season, in Angel & Faith, when Giles was resurrected, perfectly merging the character work and humor, being both serious and completely irreverent at the same time.

Overall, this was a great issue, especially coming off of a couple of somewhat lackluster ones. This is the character work that I love from this series, working so well that I have no wish to fault it for anything, even when it references events in Season Eight that everyone would just rather forget; not even the mention of the Twilight story arc is enough to kill how much fun this issue is.
Posted by Zac at 12:00 PM