From the beginning of this series, it felt like it existed to do housekeeping for the movies; since Leia never reacted to her home planet being destroyed, they needed to explain why it didn't affect her like we would expect. Despite that starting point, usually a bad start for narrative, this series turned out pretty solid, working for and earning its payoffs.

By the end of this, it's mostly understandable why Leia never really dealt with Alderaan and her grief in the movies. She could never bring it back, but she manages to leave what is left of it in good hands, giving it to the characters that we came to know in the course of this series. While still an oversight in the movies, it feels much more earned after this. 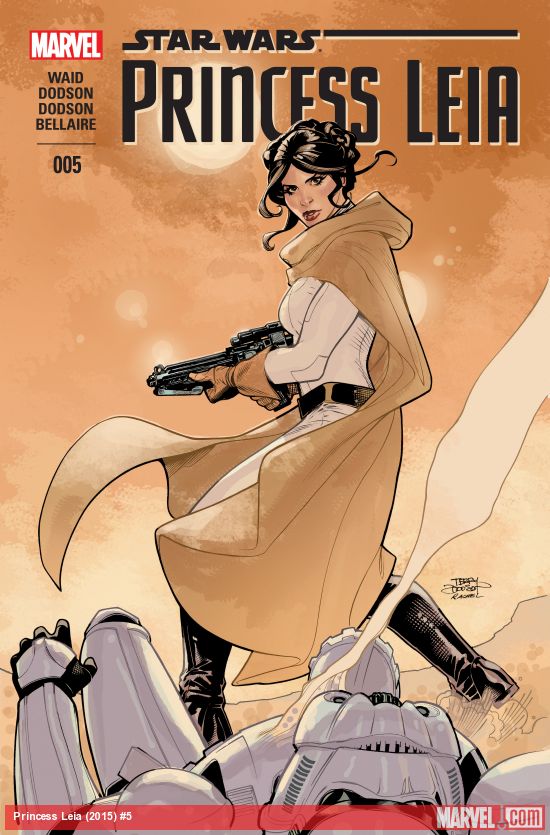 It's with these characters that I find myself somewhat disappointed. This issue didn't do them a disservice, and they all turned out to be pretty solid characters, if a little underwritten due to this series being so short. While there is likely more story to be had with them, this series followed Leia, and her part in this story was very definitively closed off, making it hard to tell if we're likely to see more of this in the future. If not, it feels like a waste of good material.

I have to give particular credit to Evaan, who stole the show most of the time in this series. She didn't have a flashy role, but she always had a lot going on internally. The way she evolved, from being so conflicted about her loyalty to Alderaan and Leia's seeming disregard for it, to accepting a very different part in the end, felt almost more like the center of the series than Leia did.

I really liked this issue, but especially this series. I'll be disappointed if they never pick up on the threads left at the end of it, but it's still quite strong taken on its own, and I definitely recommend reading it.
Posted by Zac at 12:00 PM