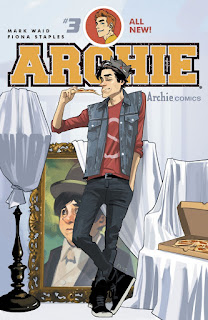 Archie Comic Publications:
Archie #3
I did not expect to enjoy this series as much as I have. Archie was something that I always knew about, but never paid any real attention to. This series has made them interesting to me for the first time, and is making me see why these characters have been around for so long. 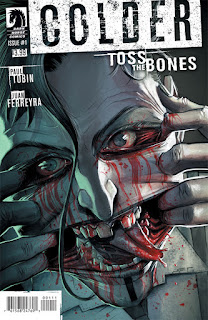 Colder Toss the Bones #1 It's Dark Horse horror. I have a bit of a mixed history with those comics, but it's always worth a shot. This is also the third story in a longer series of series, meaning this has had some staying power. 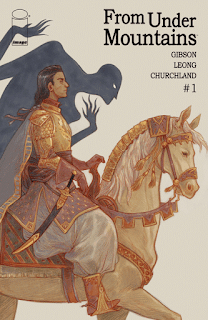 Image Comics:
From Under Mountains #1
From the looks of this series, it's a combination of political machinations and epic fantasy, practically begging to be compared to Game of Thrones. It looks to be a little more directly on the epic fantasy side, which is not something that I have seen a lot in comics. I'm not sure if I'll like it more in comics than I do in prose, but I definitely want to give it a shot. 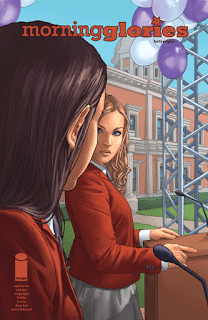 Morning Glories #48
I love Morning Glories. It's not my favorite series, and I can barely remember half of the things that have happened the whole time, but it is just something else entirely. I reviewed the last issue, but I don't think it did anything remotely close to getting across just what this series is or how it does it. The "Harry Potter meets Lost" or "The Runaways meets Lost" comparisons (this series has a lot in common with Lost) don't quite do it justice; it may not be one of the best series, but it certainly is one of the most intriguing. 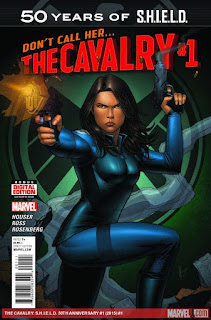 Again, I'm a sucker for the SHIELD stuff, and this is a perfect example of that. It's based on a character who didn't exist in the comics and is only from the TV series, and is being released the day after the third season premiere of the show. I'm most interested in seeing how they try to work her into the comic universe, which has been perhaps the most interesting part of all the recent SHIELD comics for me. 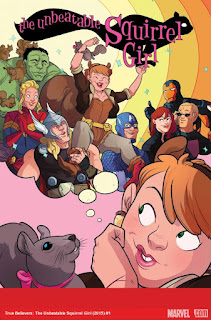 True Believers: The Unbeatable Squirrel Girl #1
I've reviewed some of this before, and while it runs into perhaps being a little too much of Ryan North, it is still a lot of fun and I haven't missed an issue so far. This is the first issue being offered for $1, so just go and buy it already - you have so little to lose and a lot to gain. 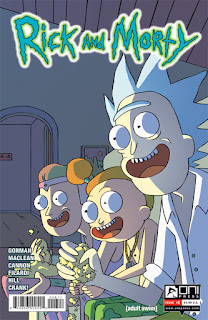 I don't know if I need to say much about this, but I'm going to give it a shot. It's the comic book adaptation of one of the best shows on TV, and the comic has done a good job of keeping the tone of the TV series. It's more Rick and Morty, which can only be a good thing. 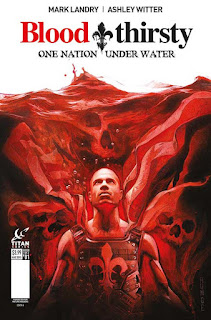 Minor programming note: due to traveling, I will be unable to write any new comic reviews for this week. Instead, I'll be continuing to repost my reviews from other sources. I will return to regular updates next week.
Posted by Zac at 12:00 PM