I didn't review a previous episode of the show this season, even though it's basically appointment TV for me. I tried for the first episode, but a lack of time that week and an inability to figure out where to start held me back. This show has a lot going on, and most of the characters are working on slightly different plotlines, meaning that it's often hard to find a cohesive way to talk about an episode without just listing the things that happened in the episode. It's not a weakness of Agents of SHIELD, just a consequence of how it tells stories that makes it a little more difficult to write a review. 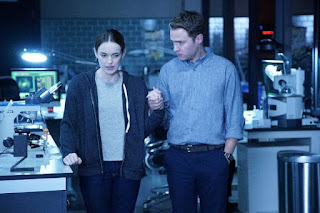 When looking at this episode, there is a bit of a throughline to the different stories. We have the A, B, and C plots (Lincoln on the run, Hunter infiltrating Hydra, and Simmons adjusting to Earth), and each has a different use of taking shortcuts in the story.

With the C plot, Simmons back on Earth, there are no shortcuts or needs for shortcuts. We've known Fitz and Simmons since the beginning, so even though we don't know exactly what happened to Simmons yet, we still really feel for them. We can see how much it has affected Simmons, especially since she now wants to go back, and our history with the characters is what really draws us in. 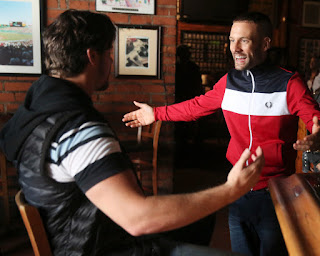 In the B plot, Hunter is trying to get into Hydra. In the course of this, he ends up having to kill an old friend of his, who we've never met before and have no reason to care about. That's the first shortcut, introducing this guy and just saying that he's an old friend, and on its own it would be a little cheap. It fixes that problem by using another shortcut: humor. The scene where they are drinking together, including the hilariously unnecessary subtitles, makes us laugh, and we tend to like characters that make us laugh more than characters that don't. It's still taking shortcuts, but it does a good job of making them effective ones. 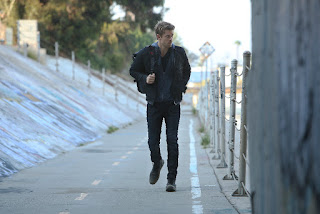 Where I run into some trouble are the shortcuts that they take with Lincoln and his story in the A plot. The first issue is that we don't know him as well as we do the other characters. That's why the shortcuts are necessary, but they perhaps too a few too many and tried to make them a little too efficient. While I understood the plot significance of John immediately, I didn't catch what he was to Lincoln (apparently, his Alcoholics Anonymous sponsor) until listening to a podcast with someone else talking about the show. That's a good shortcut, but when John turns on Lincoln later after seeing the news broadcast, that goes a bit further than they needed to. Making him switch from so helpful to absolutely opposed to Lincoln so quickly feels like cheap conflict, especially after he's established as trying to be especially helpful to Lincoln at the beginning. This was the only shortcut that seemed to go against someone's characterization, and it was really the only part in the story that felt undeserved from a storytelling point of view.

The reliance on shortcuts was overall quite effective, allowing the show to cover a lot more ground in a short time than it seemed like it should be able to. More time with these developments may not have been a bad thing, but it wasn't truly needed.