Even though I'm spoiling the rest of the review, I did not like Saints. Looking at this week's preview, I liked the premise. Unfortunately, the synopsis almost felt like it was coming from another story, not being inaccurate, but not the way I would have interpreted the story.

The first problem was my biggest pet peeve: not first issue cliffhangers, but narration. A lot of this issue has the main character narrating, which comes across as insufferable because he is insufferable, and because narration in a comic almost never comes across well. There's so much that he barely does anything, instead talking about how he's a monster, or rhetorically asking if he should let being shot at by an arrow interrupt sex, which I wish was a thing I was making up. 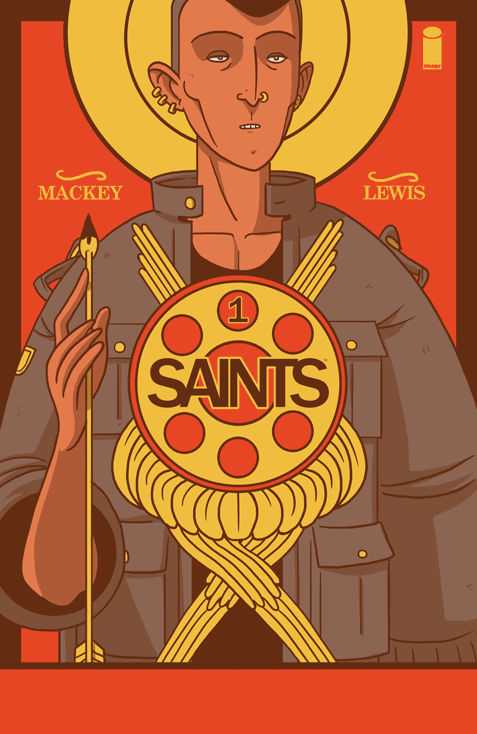 This is supposed to be about a battle between Heaven and Hell, a holy war that is about to erupt, except there's little indication about that in the book. I don't even know what it would mean for the characters when the war does erupt. There are these vague Satanic notions, but they're just notions, which is the main problem with the book. It's good at vaguely associating itself with something, but not with actually being that thing. It's not actually about a battle between Heaven and Hell, just talking about, referencing religious imagery, but not really feeling like that has significance, just a surface with nothing below it.

The art doesn't save it, but I can't tell if the art itself is bad or just bad by association. It's draped over a world of no substance, but it's hard to tell if the art looks messy and faded because that's how it looks, or that it just cannot overcome the lackluster story around it.

The synopsis of Saints promised me something I would love, but instead there was just a lot of nothing. First issues are supposed to convince you to come back, but this just convinced me that I need to stay away.
Posted by Zac at 12:00 PM