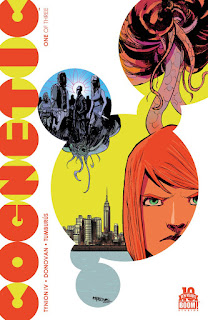 Cognetic #1
A psychic being that once controlled 1/3 of the world's population returns to take control once again. We're looking at the end of the world through mind control, a hivemind, however you want to think about it. Despite some exhaustion with the end of the world, I like a different kind of apocalypse, and this looks like a pretty interesting one. 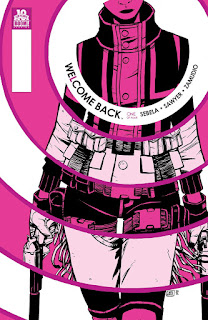 Welcome Back #1
Assassins who are locked in an eternal war against each other, across multiple lifetimes, each time they are reincarnated. One of them becomes self-aware, while the other is on the hunt. The funny part is that I'm starting to consider a setup like that to be straightforward, but it's simple enough to draw me in and know exactly what I'm getting into. 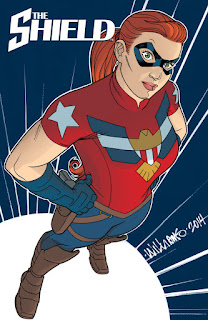 Shield #1
The original Shield was a WWII hero who predated Captain America, and they're reviving the character again here. The gender-flip of the main character will hopefully be more than a gimmick, which unfortunately happens a little too often. Still, the revival of old characters is always interesting; it's whether it's in a good or bad way that remains to be seen. 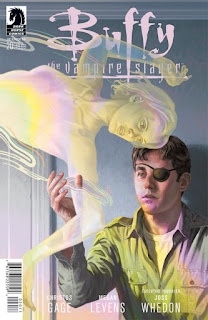 Buffy the Vampire Slayer Season 10 #20
While we haven't touched on it in a while, having the ghost of Anya be a part of Xander's life was a great little piece to add to this season, and we're going to be exploring that further here. Honestly, that's all I needed to be really interested in what's coming in this issue. The incubus demon is much less interesting to me in comparison. 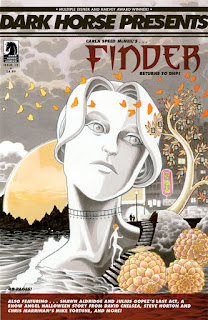 Dark Horse Presents #15
This book can be a little hit or miss - that's kind of the nature of an anthology series ­- but it's always worth paying some attention to what's being published in Dark Horse Presents. It is essentially a blank check for creators to make whatever they want in a short story format, with the possibility of a trade or new series somewhere down the line. In other words, it's the experimentation arm of Dark Horse, where things are developed before being more fully formed later on. The Paybacks #2
The first issue of this series was a lot of fun, so of course I'm interested in returning to it. To copy a phrase I used way too many times in the review, it's about superpowered repossessors, which is an idea I'm still not sick of. Now the Batman analogue, Night Knight, is part of The Paybacks, which is going to make an interesting addition, since he can't be taken seriously as a hero, so what is he going to be as part of that team? 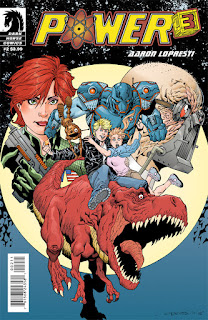 This comic is a ridiculous balancing act, throwing a ton of ideas together into a comedic book, and it pulled off the first issue. It could still go terribly wrong, but for now, we have a ridiculous and fun comic with no sense of reverence. 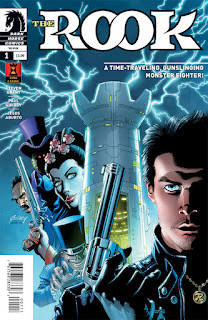 The Rook #1
A time traveler discovers a terrorist that travels through time. He decides to start a one-man war, following him through time to fight back. This is exactly the kind of crazy I want to see in a comic, it's just a question of if it can live up to it. 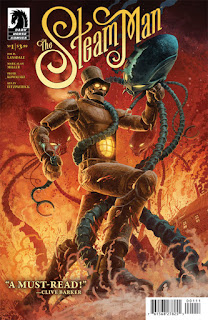 The Steam Man #1
Wild West steampunk alien invasion fought off by giant mechs, when vampires are added to the mix? This is my kind of insanity - throw absolutely everything you have together into one - and I just hope they can make it work. The crazier the idea, the more fun it is if you pull it off properly. 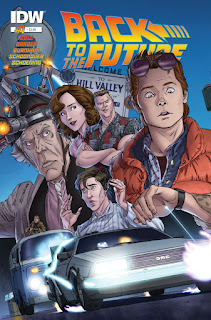 Back to the Future #1
Look, I am more than sick to death of people talking about Back to the Future. I'm more than ready for the day to pass. However, I have to give it credit for being released on the day from the second movie. There's also the chance it might be an interesting comic. 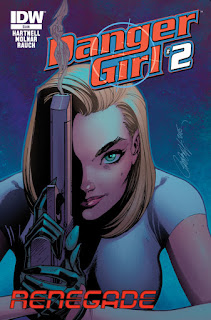 Danger Girl: Renegade #2
I liked the first issue, and that's exactly why I'm looking forward to this one. Okay, that's a bit simple, but it's true. It's a fun adventure somewhere between spy and adventurer archaeologist, and I'm interested in reading more of that. 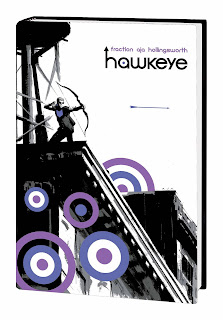 Hawkeye Omnibus
The entire run of the Hawkeye series by Fraction and Aja, in a single hardcover omnibus. Yes, it's $100, but it's worth every bit of that. It's one of the best recent series from Marvel, and across comics as a whole. 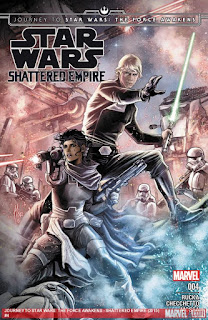 Shattered Empire #4
The end of this series almost came out of nowhere, seeing as the first issue is in such the recent past. This is the first real glimpse the comics have given us of what happens after Return of the Jedi, and with the timing of coming right after the new trailer, it certainly has a lot of attention. 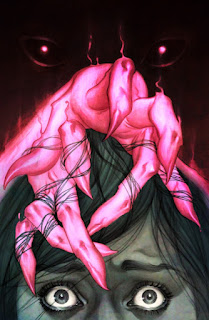 Clean Room #1
Looking at the description, I'm not 100% sure of the tone of this book, but the description really speaks for itself. Something in a self-help book makes Philip kill himself, and his fiancee, Chloe, is determined to find out what really happened and who the self-help guru really is. There is the danger of this turning too preachy, yes, but the setup sounds like something out of my brain, so I'm definitely interested.